Tax identity theft is on the rise. You can minimize your chances of being a victim by followingthese guidelines. 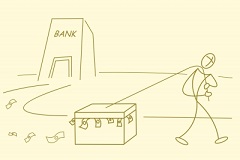 Don’t you feel a little twinge of anxiety when you receive a letter in the U.S. mail from the Internal Revenue Service? Personal correspondence from the IRS is scary. Did you make a mistake on your return? Are you being audited?

There’s another possible subject of your letter, one that more and more taxpayers are discovering every year. Did the IRS receive two tax returns that contained your Social Security number? Did the letter say that you had a balance due or a refund offset, or that collection proceedings had been started? Did it indicate that you were employed by a company you’d never heard of?

It’s called tax identity theft or refund fraud, and these cases are increasing at an alarming rate. Individuals and teams are getting their hands on Social Security numbers and other personal information, and then filing fraudulent tax returns. The IRS initiated 66 percent more identity theft-related criminal investigations in Fiscal Year 2013 than it did in FY 2012. The time required to investigate these cases has gone up by 216 percent over the last two years.

Perhaps most chilling, the IRS reports that nearly 4 billion dollars in bogus tax refunds was issued in 2012.

Anyone can be a victim, of course, but it makes sense that high net worth individuals would be targeted more frequently, since their incomes could support a substantial refund.

Like doctors, for example. Brian Krebs, who writes the highly-respected blog, KrebsonSecurity, wrote a post in April 2014 about a recent spike in tax identity theft cases involving physicians. Numerous state medical societies have fielded hundreds of reports from their members.

According to Kreb’s post, the American Medical Association (AMA) pointed out that the scheme “…seems to be targeting professionals generally, not just physicians.”

The IRS is committed to tracking down and prosecuting identity thieves, as well as educating taxpayers on the problem and how to avoid it. Among other efforts, the agency has posted a number of YouTube videos that explore the topic of tax identity theft and suggest preventive measures, including one titled IRS Identity Theft FAQ: Going After The Bad Guys. 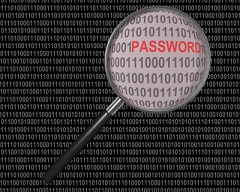 How do you minimize the chances that someone will file a fraudulent tax return using your personal information? The same way you protect yourself from any identity theft incident.

Dealing with the Consequences

Sadly, tax identity theft has become so widespread that there’s a set of guidelines for dealing with it if you become a victim. Contact the IRS immediately, using the name and phone number on the letter you received. If you suspect fraud but haven’t been contacted by the IRS, call (800) 908-4490. You’ll also need to complete a Form 14039.

If the IRS confirms that fraud has been committed, it will provide you with an Identity Protection PIN, which you’ll use when you file a return.

You may also want to report the fraud to the Federal Trade Commission (FTC). This page on its site contains information on dealing with identity theft. Keep in mind that you don’t yet know the scope of the thieves’ efforts. Notify the three major credit monitoring services, your financial institutions, and anyone else with whom your identity and finances are intertwined.

And consider reporting the theft to your local police department. You don’t have to be hit over the head to be robbed in the digital age.