Is Multitasking Slowing You Down?

Some people wear their ability to juggle multiple tasks like a badge of honor. But is it a good thing?

“Multitasking” is not a new concept. But the word took on new meaning when Microsoft Windows and the Apple Macintosh were introduced. Graphical user interfaces (GUIs) made it possible to be working in multiple applications simultaneously. Suddenly, you could switch from a spreadsheet to a document to a CRM application almost instantly – while talking on the phone and drinking coffee.

We thought that such flexibility saved time and made us more productive. It was no longer necessary to shut down our work in one area before we moved on to another.

The APA has studied the practice of multitasking extensively. It has found that, “…the mind and brain were not designed for heavy-duty multitasking.” In fact, the organization has learned that you can lose as much as 40 percent of your productive time by switching tasks repeatedly.

The phrase, “task-switching” is a better description. You’re never really doing two things at a time that require cognitive awareness, like “multitasking” implies. If you’re typing, you can’t be carrying on a conversation. You can try, of course, but both activities suffer.

Interruptions at work are inevitable, whether it’s your assistant popping his head in the door in an office or the dog needing to go out if you work from a home office. And every time there’s a break in your concentration, it can take a minute or two—or more—to get back on track.

So what can you do? Here are some suggestions:

Watch your social media visits. You know how easy it is to just “look in on Facebook or Twitter for a minute or two.” A half hour later, you’re still there. Plan your sessions and limit them. 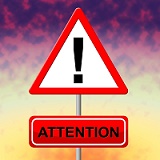 Don’t use email alerts. Frequent checking of email can be a serious time-waster (unless you’re anticipating an important response). That’s the point of email: People can deal with it when they have time. If it was really important, they’d have texted or called.

When you get interrupted, stop for a minute. Write yourself a quick note about where you were and what you were thinking so you don’t have to say, “Now, where was I?”

Organize something. If your concentration has been broken so many times that you’re having trouble completing a task, take 10 minutes and clean out a desk drawer. Straighten the top of your desk. Sometimes, seeing the results of even a simple task can revitalize you.

Use your out-of-office time wisely. Need to run an errand? Talk to HR? Group your excursions out of your cubicle so you’re not constantly getting up and leaving your work.

Stare out the window. Can’t put all of your cognitive energy into the current task because of the other ones that are waiting in line? Take a few minutes and let your thoughts run. Create a plan of attack on paper so you can give your full attention to more pressing work.

Simply being aware of how task-switching affects your productivity may be enough to help you orchestrate your workday better.