Contractor or Employee? How the Income Tax Obligations Differ

It’s a very important distinction, and one that can get you in hot water if you misclassify workers.

Full-time employees of companies often look at independent contractors with envy. They can generally work whatever hours they want. They can sit at a computer, make phone calls, and create products in their jammies if they’d like. They don’t have to make up an excuse to take a mental health day, and they can run errands at times when the stores aren’t as busy.

It is true that self-employed individuals have many freedoms not afforded to those who must show up at an office or warehouse or retail outlet at scheduled hours several times a week. But where income taxes are concerned, that envy goes the other direction. Besides not getting benefits like paid time off, health insurance, and retirement plans, independent contractors bear a much heavier load, as they must kick in the money that employers cover for their full-timers.

The differences in these two types of job status may seem obvious. But even major corporations who have teams of lawyers and compensation specialists and human resources professionals have been scrutinized – and in some cases, penalized – for misclassifying workers. Here’s what you need to know as an employer. 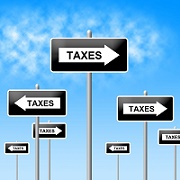 Contractors, according to the IRS, are part of a larger group called the “self-employed.” This larger classification can also include members of a partnership and individuals who are in business for themselves (including part-time businesses).

When you employ independent contractors, you owe them payment for services rendered. Nothing more. You do not contribute a penny to their income tax obligations. They are required to file an income tax return annually and submit estimated taxes quarterly. They must also pay the IRS self-employment tax (SE tax), which consists of the Social Security and Medicare taxes that are paid by the employer when one is an official employee.

The Internal Revenue Service’s term for an individual who is an official employee of a company is common-law employee. The IRS has established a set of criteria to help employers determine the “degree of control and independence” that exists in the working relationship.

The factors to be considered are:

Figure 1: Need assistance determining whether an individual is an employee or an independent contractor? Let us help you communicate with the IRS.

That seems fairly cut and dried, but believe it or not, it’s sometimes difficult to make a clear distinction. Some factors may point to an employer-employee relationship, while others may signal that the individual is an independent contractor.

The IRS has a very complicated form that you can fill out to determine the status of an individual. If you feel that you need direction in this process, let us help you. Doing this incorrectly can lead to problems that you shouldn’t have to face.