It’s called a “social network,” but Twitter can be a powerful adjunct to your company’s existing strategic plans.

Don’t be fooled by the celebrity side of Twitter.

Twitter doesn’t make the news when a company marketing rep get 254 retweets for a post announcing a new product. Twitter makes the news when Ellen DeGeneres takes a group selfie at the Oscar Awards, and millions of retweets crash the social network.

It’s not just Twitter’s star-obsessed reputation that makes some people say “I don’t tweet” with great pride. It’s the time and planning it requires. Some companies dismiss its potential value because they expected the instant results, the increased sales and visibility that only brands that have names like “Justin Bieber” can achieve.

A Short but Impressive Track Record

You can benefit from using Twitter as a business tool. Twitter has proven that it can be an effective business tool, for many reasons, including:

Quite frankly, you have to be there because your competitors are.

7 Suggestions from the Experts

Social networks are too young and volatile to have institutionalized their best practices. But smart, successful users of Twitter tends to follow many of the same guidelines, including these:

Know why you’re there. “Social media strategy” is a term that gets tossed around a lot these days. But social media is a tool, one whose potential should be fitting neatly inside a larger set of company goals.

So before you start using Twitter (if you have already, revisit this question), clarify exactly what you want to accomplish using Twitter. Customer service? Marketing? Sales? Awareness-raising? Then determine where it should land in your workflow and who the key drivers should be.

Keep your tweets short and include links wherever possible. Seems 144 characters is even too much for some people, but they will click on a link for a good reason. Roughly 100 words seems to be the sweet spot.

Showcase the human side of your company. Introduce employees and your physical workplace. Talk about your community involvement, and your causes (not political ones). Don’t be afraid to make fun of yourselves or link to funny or heartwarming pictures or videos. Dogs and babies are always good.

Experiment with timing. One well-known Twitter guru recommends sending the same tweets multiple times, spread apart, so that they hit the tops of feeds in different time zones. TweetStats is a good monitoring tool, as is TweetReports. 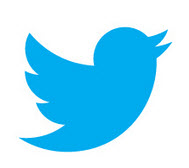 Build your reputation as an expert. Whatever your passion is or your company does, you can position yourself as a go-to person in that field. You do that by solving problems for your audience, even if you’re not in customer service. Selling HVAC equipment and maintenance? Write 6 Ways to Make Your Furnace Last on your blog or website and link to it from Twitter. Or do a how-to column on checking your home for energy efficiency. You’re aiming for retweets and visits to your other venues, which can produce sales leads.

Follow. Retweet. @reply. Mention. Use Twitter’s tools located in the menus under the @Connect and #Discover to find people and companies of interest. Then listen, learn and engage. Answer questions. Show interest and expertise in your targeted areas – and in the entities you’re trying to attract. You have to find that delicate balance between sharing your knowledge helpfully but humbly and coming off as a know-it-all.

Don’t let your Twitter feed go dark. Not even for a day. Your audience doesn’t expect your website or blog to have new content every day, but you must supply at least a couple of fresh tweets every day. Twitter=immediacy. Schedule them ahead of time with an application like HootSuite or Buffer if you don’t work weekends. Better to not have a Twitter presence at all than a haphazard one.

And be patient. The pros say it takes at least six months to get real buzz going on any social media site. It’s a marathon, not a sprint. During your building months, you’ll be busy, and sometimes frustrated and pessimistic, but your brand can eventually carve out a niche for itself, a few dozen characters at a time.